These were the interest rates during the Great Depression: 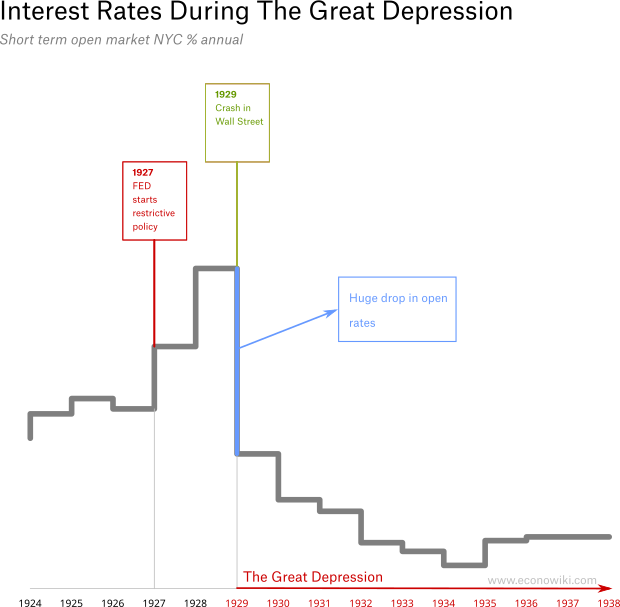 The economy fell so sharply that the open market interest rates fell abruptly. The policy of the FED after 1929 was again one additional cause of duration and impact of The Great Depression. During the onset of the Great Depression, many economists believed that Banks in trouble should fall. The system would become more solid and the good banks would survive. Time proved that view wrong.